Vector-borne diseases have long presented major challenges to the health of rural communities in the wet tropical regions of the world, but especially in sub-Saharan Africa. In this paper, we describe the contribution that statistical modelling has made to the global elimination programme for one vector-borne disease, onchocerciasis.

Perhaps more than anything else I have written, this paper captures my career journey from stochastic process theory to tropical disease epidemiology.

In 1972 I started working towards a PhD in the then-new field of spatial statistics, and fully expected to write a thesis on stochastic process models. Instead, I spent most of the next 12 years teaching statistics at the University of Newcastle upon Tyne, UK, but my development as a researcher was driven by two periods of sabbatical leave. The first, with the Swedish Royal College of Forestry, gave me my first experience of field-work, teaching me that a data-set is much more than a set of numbers. The second, with the Australian Commonwealth Scientific and Industrial Research Organisation (CSIRO), introduced me to a way of working as a statistician that I still advocate as the ideal, with joint affiliation to a group of fellow-statisticians and to a scientific field that can be both the motivation for and a user of advances in statistical methodology. I eventually stayed with CSIRO for several years, collaborating with biologists and environmental scientists, before a chance meeting with Prof Scott Zeger led me to visit the Johns Hopkins School of Public Health, where I discovered the wonderful world of population health research that has inspired me for the last 30 years.

When I arrived at Lancaster University in 1988 my methodological research interests had moved on from spatial statistics to time series and longitudinal methods, but this was at the time that concerns were emerging about the adverse health effects of living near pollution-emitting industries, and spatial statistical methods were highly relevant to understanding these effects. So I found myself getting back into spatial statistics, but now in the context of my new-found passion for population health research. 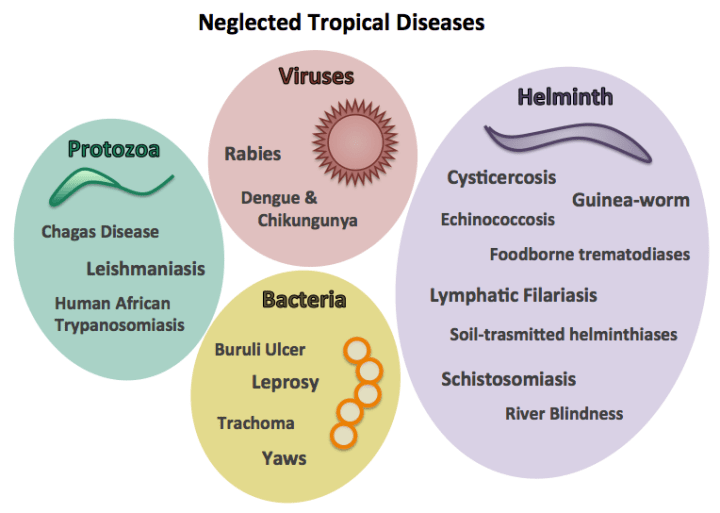 The final piece in the jigsaw was a visit from a tropical disease entomologist, Dr Madeleine Thomson, who had spotted that spatial statistical methods could help her work in mapping the prevalence of vector-borne diseases in West Africa. This led to a series of invitations to contribute to interntional control programmes for Neglected Tropical Diseases (NTDs), a set of diseases that collectively affect one-sixth of the world’s population but, as implied by their name, have traditionally attracted less attention than they deserve – if you want to know more, a good starting point is https://www.who.int/neglected_diseases/diseases/en/. Because NTDs principally affect poor countries, understanding their spatial distribution requires primary data collection that involves painstaking field-work undertaken with limited resources. This means that you have to build statistical models that link the field data to remote sensing data on environmental predictors of disease risk, rather than relying on non-existent registry data, and you have to analyse the data efficiently using principled statistical methods.

So, what have I learnt? That stochastic process theory that was originally developed in a completely different context turns out to be relevant to public health policy questions many decades later. That field-work is difficult, and every statistician should try it at least once. That good statistical practice can add value to almost any area of scientific inquiry. Most of all, that statisticians benefit from collaborating with subject-matter experts and vice versa.